They did what? Yes. They digitally blurred the photo before it went on display in the nation’s capital. To quote one strong tweet about it, “This is some weird Soviet shit right here.” And to quote the Post itself, after the Archives apologized and took down the image: “In their initial weak defense, Archives officials noted that they had not altered articles they preserve for safekeeping, only a photograph for a temporary exhibit. We did not find that reassuring, as we said in the first published version of this editorial. Photo alteration long has been the preserve of authoritarian governments, most famously Soviet dictator Josef Stalin, who erased comrades from historical photographs one by one as he had them executed.” – The Washington Post 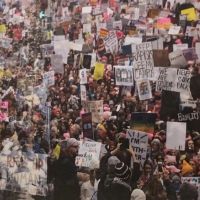