Not to be confused with the autobiographical Shia LaBoeuf feature Honey Boy, of course. But seriously: The film, a documentary about a woman in North Macedonia living in isolation with her dying mother and keeping bees – and what happens when a Turkish family moves in next door – is the first film nominated both for best documentary and best international feature. A.O. Scott chose it as the best movie of 2019. – The New York Times 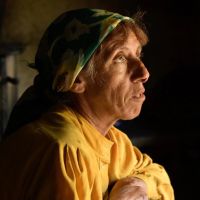