That was Ishmael Reed’s nickname for Frank Chin, Jeffery Paul Chan, Shawn Wong, and Lawson Fusao Inada, who (on top of their own writing) put together the first major anthology of Asian-American fiction (titled Aiiieeeee!) and thereby began a canon. “The Four Horsemen had no interest in being loved,” writes Hua Hsu in this essay, “especially by white people. … When an editor asked [Chin] to tidy some grammatical errors, he called her the ‘great white bitch goddess priestess of the sacred white mouth.'” – The New Yorker 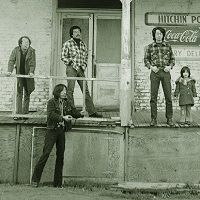