Olney, 71 and regarded as “the founding father of Americana,” was performing at a songwriters’ festival in Florida when he suffered a fatal heart attack. “‘He was very still, sitting upright with his guitar on, wearing the coolest hat and a beautiful rust suede jacket we laughed about because it was raining … outside the boathouse where we were playing,’ singer Amy Rigby, who said she was sitting next to him onstage, wrote on Facebook.” – The Washington Post 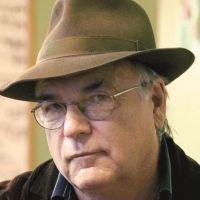