Defense secretary Mark Esper acknowledged that striking cultural sites with no military value would be a war crime, putting him at odds with the president, who insisted such places would be legitimate targets. Mr. Trump’s threats generated condemnation at home and abroad while deeply discomfiting American military leaders who have made a career of upholding the laws of war. – The New York Times 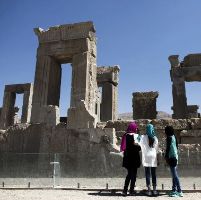