Kumail Nanjiani and Emily Gordon created the movie The Big Sick, lightly based on their own lives and romance, and had such success that now they’ve won an Apple TV+ series, Little America, that tells the lightly fictionalized stories of immigrants in unusual situations (or perhaps they’re quite usual – without these stories, how would the public know?). Nanjiani says, “American pop culture is the most widespread in the world, and [pop culture was] selling that second side of America, and we wanted to buy it. You can do what you want to do, be what you want to be. Not everyone in the series believes that, but that’s a key idea.” – The Guardian (UK) 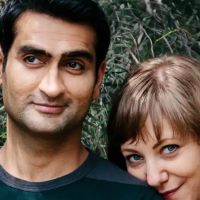