A statement signed by hundreds of current and former employees says that “the reporting in the New York Times and the Philadelphia Inquirer seems to barely scratch the surface of the abuses perpetrated by this man.” Helmer, who left the Philadelphia Museum abruptly in 2018 and was later banned from the building, has been ousted as director of the Erie (Pa.) Art Museum in the wake of those reports. – The Philadelphia Inquirer 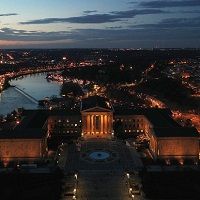