By blurring out details from protest signs in an image of the 2017 Women’s March, including the name of President Trump and references to the female anatomy — a decision the Archives publicly apologized for on Saturday — it has damaged the faith many Americans, particularly women, may have had in its role as an impartial conservator of the nation’s records. – Washington Post 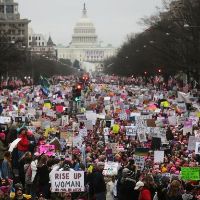