“In an era when many of his peers have been buffeted by economic challenges, Mr. Volpe, 62, has kept the orchestra on firm footing by capitalizing on what he has referred to as its ‘multiple brand strategy.’ … During his tenure, the Boston Symphony may not have been as flashy as, say, the Los Angeles Philharmonic, which has changed how orchestras think about programming and community engagement. But Boston has steadily expanded in ambition and reputation, and avoided the labor unrest that has hit some of its peers.” – The New York Times 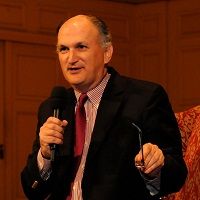