Sheku Kanneh-Mason has had quite the life in recent years, what with winning the BBC’s Young Musician Award in 2016 and performing at the wedding of Harry Windsor and Meghan Markle. He says, “A lot of musicians like a beer after a performance. I don’t know why exactly – maybe it’s because they enjoy more what’s well-deserved. The classical composers were often drinking a lot and doing crazy things, but I don’t think their music came out of alcohol – it’s more to do with musicianship often not being a well-paid thing, and also that music can take up so much of your mind, thoughts, passion.” – The Guardian (UK) 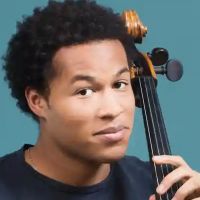