Last Friday, when art historians confirmed its authenticity through X-rays to see if the original painting was there, Ermanno Mariani got the curious call, and the voice was oddly familiar. The man on the phone said he was the person Mariani had previously interviewed about the theft. Mariani also received a letter claiming, “We are the authors of the theft of Klimt’s Portrait of a Lady, and we have given a gift to the city by returning the canvas.” He turned the letter, written in large block writing, over to police. – The Daily Beast 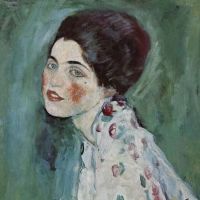