Despite his success with revisionist productions of Tennessee Williams and Arthur Miller plays, Ivo van Hove seemed an unlikely choice to direct a major revival of the Bernstein-Laurents-Sondheim musical. Even less likely was the selection of austere formalist Anne Teresa de Keersmaeker to choreograph the first production whose dance wasn’t based on Jerome Robbins’s exuberant movement. Yet their participation was blessed by Stephen Sondheim, the only one of the show’s creators still living. Writer Sasha Weiss spent several months watching them cast and develop the production — and then rework their ideas (in one notable case, at the cast’s insistence). – The New York Times Magazine 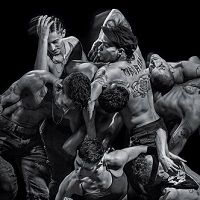