It’s not just that the piece is in the final scene of Billy Elliot. A corps de ballet of muscular men as feral swans, in place of the usual ethereal women in white tutus, shows boys different, powerful images of both strong masculinity and ballet as a genre. That the production has been a success all over the world for 20-odd years helps, too. Roslyn Sulcas talks with four members of Bourne’s current company about the effect his Swan Lake had on them when they were young. – The New York Times 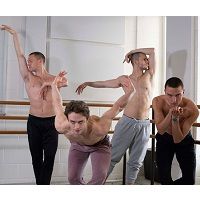