After a male CEO told women in music to “step up” if they wanted to win Grammys, the Recording Academy formed a blue-ribbon task force to reform the organization, hired a woman CEO last August … and then asked her to step down 10 days before this year’s ceremony. There were rumors of bullying, but there’s so much more going on. “Dugan is said to have filed a memo weeks ago with the academy’s human resources department outlining concerns she’d developed over voting irregularities, financial mismanagement, ‘exorbitant and unnecessary’ legal fees and ‘conflicts of interest involving members of the academy’s board, executive committee and outside lawyers.'” Ah. Surely this will end well for the Recording Academy. – Los Angeles Times 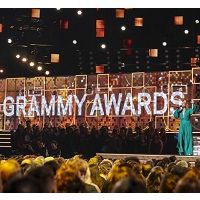