Yes, classical music types have rolled their eyes at dead-Maria Callas and dead-Glenn Gould tours, but rock is another matter. Since the long-departed Tupac Shakur (re-)appeared at the 2012 Coachella Festival, the field has grown, with recent concerts by the images of Buddy Holly, Roy Orbison, and Frank Zappa posting impressive ticket sales and a full tour by a reanimated Whitney Houston coming this year. And with the acts that form the bedrock of the live music touring business made up of people now in their 60s and 70s, and with recently-dead stars like Prince and David Bowie still having legions of fans, the musical hologram business may soon be booming. Reporter Mark Binelli watches the hologram creators at work. – The New York Times Magazine 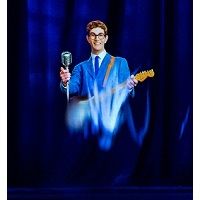