Australia’s Aboriginal poets had some ideas as Australia Day – or #InvasionDay, as it’s known by many on social media – fever hit the country over the weekend. Problem: “Australia is the only Commonwealth country without a treaty between its government and Indigenous people. Yet, in the resulting vacuum, long after the gong’s last clang, the work of First Nations artists maps some directions reconciliation, treaty and atonement might take.” – The Irish Times 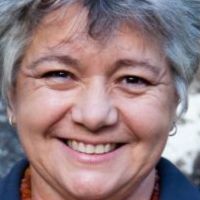