Streaming was barely a thing back in the day of the last big strike – but it still cost everyone a lot of money and time. “Studios, production companies and guild members are all eager to avoid a sequel to the last major disruption that cost the state an estimated 37,700 jobs and $2.1 billion in lost output from late 2007 through the end of 2008, according to a 2008 Milken Institute report.” – Los Angeles Times 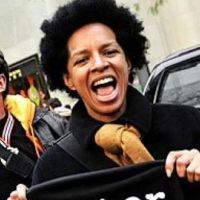