But will Apu be retired from the show, or will the show get a new voice actor – perhaps an Indian American voice actor? This has been a long time coming. “In 2017, the comedian Hari Kondabolu’s documentary The Problem With Apu forced Mr. Azaria, who is white, to reckon with his portrayal of the Kwik-E-Mart owner who speaks with a pronounced Indian accent. The film attempted to trace the origin story of Apu and put the character in a broader context of Hollywood depictions of Indians.” – The New York Times 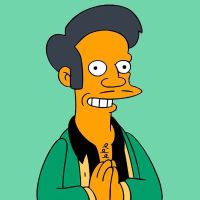