Uri Sands, who founded the St. Paul-based TU Dance in 2004 with his spouse, Toni Pierce-Sands (both are former Ailey dancers), after “a lawsuit was served on a member of the company’s board in October, alleging sexual misconduct by Sands involving a female employee between 2015 and 2017. The lawsuit also alleged negligent supervision of Sands by the company.” – The Star Tribune (Minneapolis) 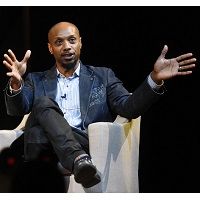