Along with his classmate Miloš Forman, Passer was one of the key figures of the Czech New Wave in the 1960s, and after the 1968 invasion of Czechoslovakia by the Soviets, the two escaped to the U.S. and resumed their careers in Hollywood. There Passer “directed a steady series of much-admired and often underappreciated films of economy, fidelity, humor and subtle beauty, among them Cutter’s Way, Stalin, Haunted Summer and Born to Win.” – Los Angeles Times 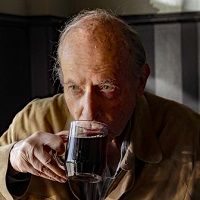