Kyle Buchanan: “Of course, the decision to blow up the best-picture category wasn’t greeted with nearly as much enthusiasm in June 2009 … Industry veterans worried that the expansion would sap a nomination of its prestige factor, and many of the publicists and producers who had won previous best-picture fights felt particularly aggrieved, like high achievers learning that the SAT had become easier after they took it. … [Even so,] I’d go so far as to say it saved the show.” – The New York Times 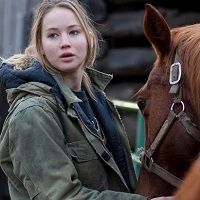