Her memoir, published in 1994, when she was 27, “established her as one of the most provocative writers of her generation, generating awe among readers who saw in her work an honest depiction of depression and mental health issues, as well as derision from critics who accused her of self-absorption, narcissism and relentless self-promotion. … Ms. Wurtzel went on to make ‘a career out of my emotions,’ as she later put it, receiving a reported $500,000 advance for her second book, the essay collection Bitch: In Praise of Difficult Women (1998).” – The Washington Post 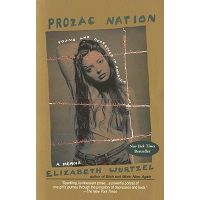