Sometime between 1985 and 1988, a thief took a five-century-old Latin copy of Christopher Columbus’s first letter to King Ferdinand from Venice’s Biblioteca Nazionale Marciana and replaced it with a forgery. Art detectives in Delaware tracked it down; authorities won’t reveal where it was found or how it was seized. – The Philadelphia Inquirer 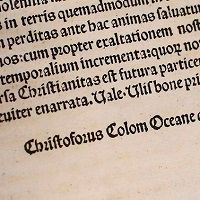