“French-born Nederlands Dans Theater alumnus Medhi Walerski has been named the troupe’s artistic director, starting officially in July 2020. … [He] replaces longtime artistic director Emily Molnar, who is taking the helm of the critically acclaimed NDT after the end of this season. She has steered Ballet BC for a decade, helping to bring it out of a financial crisis and taking it to a world stage, where it has won acclaim on tours to Europe and the U.S.” – The Georgia Straight (Vancouver) 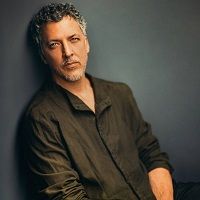