The Hecht Museum at the University of Haifa said that Saher Miahi’s identity did not fit with guidelines from its funders, the Hecht Foundation. The university rescheduled the talk for elsewhere. The artist said, “I was a student at this university and I’m still collaborating with it. Now, this museum is telling me that I don’t belong here.” The move was widely criticized by others on and off campus. – Hyperallergic 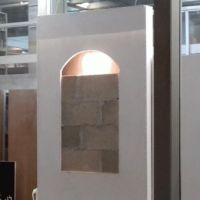