Byron Stripling, the former lead trumpet of the Count Basie Orchestra, “has conducted the [PSO] as a guest and will make his debut as principal [pops] conductor in October. This is only the second time the orchestra has named a principal pops conductor. The first was the renowned Marvin Hamlisch, who was hired in 1995 and died in 2012.” – Pittsburgh Post-Gazette 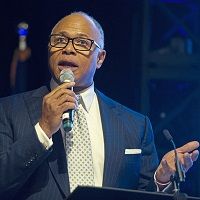