In the heart of Chinatown, the collection was central to the history of Chinese Americans – and, because the building is structurally unsound, no one can go in to retrieve the water-soaked items to save at least some of them. “Among the thousands of items in the collection believed to be lost is a document from 1883 about the Chinese Exclusion Act. Other irreplaceable pieces included the carefully written letters of bachelors working in the United States to send money home ‘even though they didn’t live a full life because of discrimination,’ said Ms. Maasbach; traditional wedding dresses from the early 1900s known as cheongsam; items brought by emigrants in suitcases that in some instances were later left anonymously outside the museum’s front door; and photographs from Chinatown in the 1980s.” – The New York Times 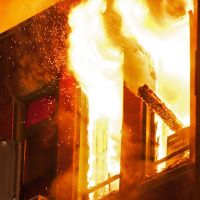