“Over a 40-year career, Luce … worked with the likes of Zoe Caldwell, George C. Scott and Claire Bloom as he wrote about the private lives of Charlotte Brontë, Lillian Hellman, Isak Dinesen, Zelda Fitzgerald and others. The Belle of Amherst, his portrait of the reclusive Massachusetts poet Emily Dickinson, won [Julie] Harris the fifth of her six Tony Awards … Barrymore, about the gifted and self-destructive actor John Barrymore, earned [Christopher] Plummer his second Tony and was filmed for television.” – The Hollywood Reporter 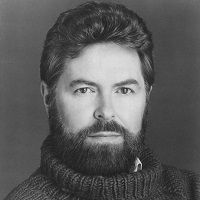