“New York City’s On Site Opera, known for staging works in non-traditional spaces, is presenting Amahl and the Night Visitors next month inside the Holy Apostles Soup Kitchen, which serves lunch to the homeless every weekday. … Choreographer Winston A. Benons Jr. … was brought on by On Site’s director Eric Einhorn to reenvision the opera’s ‘ballet’ section where townspeople perform for the three kings. It traditionally features either classical ballet or a European folk dance, but Einhorn wanted a new take. So Benons mined his background in both Afro-diasporic dance (particularly from Cuba, Haiti and Brazil) and modern forms, but also added something more.” – Dance Magazine 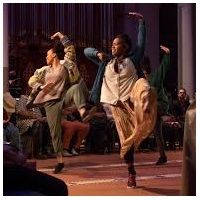