A new class action lawsuit, filed Friday in California Superior Court and announced in a press advisory Monday, argues that the Walt Disney Company, worth approximately $130 billion as of this year, failed to pay hundreds of those workers a living wage. The complaint was filed by five Disney employees on behalf of more than 400 hospitality workers. – The Daily Beast 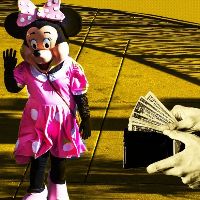