Isaac Butler: “Usually when a piece from the U.K. fails to resonate in the U.S. (or vice versa), we can chalk it up to intangible cultural differences between our two countries and their famous separation by a common language. But this was an American play, with a mostly American cast, about New York City, the AIDS crisis, gay history, and what members of a community owe to each other. Why has it ended up struggling so much over here? The answer is partly political, … [but] more deadly, I think, are basic problems of playwriting craft: If The Inheritance is failing to connect, it is because its structure as a work of drama is unsound.” – Slate 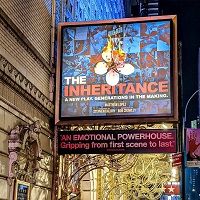