“By the 1980s, Soviet political jokes had become so widely enjoyed that even the US president Ronald Reagan loved to collect and retell them. But, 50 years earlier, under Stalin’s paranoid and brutal reign, why would ordinary Soviet people share jokes ridiculing their leaders and the Soviet system if they ran the risk of the NKVD (state security) breaking down the door to their apartment and tearing them away from their families, perhaps never to return? … And yet, countless diaries, memoirs and even the state’s own archives reveal that people [did].” – Aeon 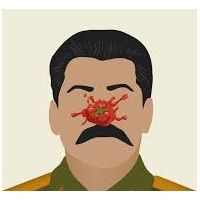