The Cuban artist has been making important work first in Cuba and then in Puerto Rico for decades. “But outside the Caribbean archipelago, she has been largely ignored. Until the mid-80s, major art institutions in Europe and the United States rarely granted exhibitions, let alone solo shows, to Latina artists, and Sánchez’s identity as a gay Cuban woman rendered her especially invisible.” Until now. – The New York Times 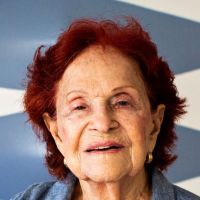