“Eun Sun Kim, the South Korean conductor who made a powerful San Francisco Opera debut in June leading Dvořák’s Rusalka, has been named the company’s next music director. She will be just the fourth person to occupy the position in the company’s nearly 100-year history, and the only Asian woman to hold an artistic leadership role with a major North American opera company.” – San Francisco Chronicle 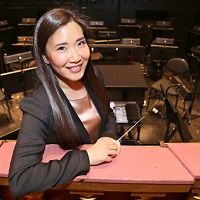