Composer Danny Elfman, who wrote the theme music for the long-running series, told an Irish podcaster that “from what I’ve heard, it is coming to an end. … I don’t know for a fact, but I’ve heard that it will be in its last year.” The Guardian picked the news up, and rumors spread quickly until showrunner Al Jean shut them down: “No disrespect to Mr. Elfman but we are producing season 32 starting next year and have no plans to end after that.” – Metro (UK) 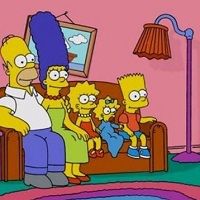