The Austrian writer’s win in October has proved highly controversial, with politicians and writers lining up to condemn his denial of Serb atrocities during the war in the former Yugoslavia, as well as his presence at the funeral of war criminal Slobodan Miloševic. The Kosovan ambassador to the US, Vlora Çitaku, has called the choice of Handke “scandalous … a preposterous and shameful decision”. – The Guardian 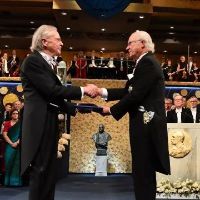