“The Irishman,” released on Netflix on Nov. 27, is expected to be watched by about 40 million Netflix households in its first month, Sarandos said. That would be well below other Netflix hits, such as the science-fiction thriller “Bird Box,” that drew 80 million households during its first four weeks. – Los Angeles Times 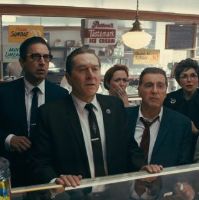