“The [$8.8 million operating] deficit, which followed four years of small surpluses, exceeds the previous record shortfall of $6 million in 2012, when the orchestra was mired in a contract dispute between management and musicians that resulted in a 15-month lockout. Yet orchestra President and CEO Michelle Miller Burns described the organization’s financial position as ‘strong.'” And, it turns out, she does have a point. – The Star Tribune (Minneapolis) 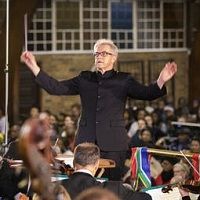