McClinton, who was mourned on actors’ Instagram feeds and Twitter posts as soon as word spread that he had passed, was “a noted director who was a favorite of the playwright August Wilson and took two of his plays to Broadway.” McClinton was also an actor and a playwright who did some of his best work in Minnesota’s Twin Cities. “‘London and New York have the glamour and money,’ he told The Minneapolis Star Tribune in 2007, when he was directing Samm-Art Williams’s Home at the Pillsbury House Theater in Minneapolis. ‘But when you are working on Broadway, you are as much a director as a manager solving people’s problems. Here, I get to concentrate on the art, without distractions.'” – The New York Times 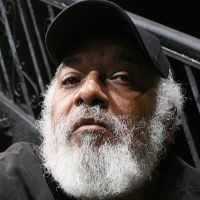