After WWII, “the past century was undoubtedly an American century. … America was positioned as the global emblem of progress, liberty and modernity. This chimera was largely achieved through the might of American culture, with Hollywood films, television shows, and music that spread far and wide.” But now, at the turn of the second decade of the 21st century, “the pop culture being produced out of India, Turkey and South Korea – to say nothing of China, which is a separate story altogether – exposes the twentieth century Western cultural tsunami as receding and revealing the seashore.” – Time 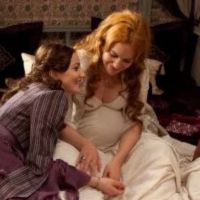