“Tired of dreadful scripts and degrading magazine spreads, the Oscar-winning actress, producer, entrepreneur and activist built an empire on her own taste and work ethic. Now she plots projects all over Hollywood and responds to critics of her paychecks: ‘Does it bother people when Kobe Bryant or LeBron James make their contract?'” – The Hollywood Reporter 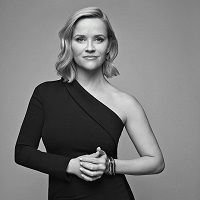