While Cambridge cut out its medieval requirement, Oxford – under the influence of Lewis and Tolkien – doubled down. That weirdly influenced the fantasy all over the English-speaking world. “At the moment that the British Empire is waning, you see this rise of children’s fantasy literature, which is set in these kinds of precolonial worlds, but also imagining these new vistas for exploration and the pleasures of exploration and colonization, encounters with indigenous peoples—but cloaked in a different story, where the people you’re encountering are ‘magical creatures,’ so you’re free of political resonances.” (Narrator: You’re actually not.) – Slate 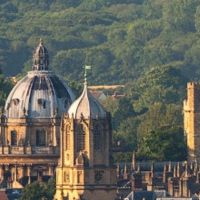