Evading state censorship made some music extra cool – and risky: “Bans on Western genres such as boogie-woogie, jazz and, later, rock ’n’ roll, as well as other styles deemed threatening to the political order, extended not only to public radio waves, but to private listening too. This prohibition, and the subsequent demand it created, gave rise to a black market of banned records carved into used X-ray film – contraband items colloquially known as ‘ribs’ and ‘bone music’.” – Aeon 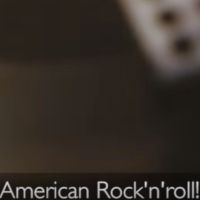