In the early 20th century, Spiritualism was at its peak, and so were fake psychics who fleeced people who just wanted to communicate with a dead loved one. Into the breech between weird and real stepped Rose Mackenberg, who “investigated more than 300 psychics and seers in the two years she worked for Houdini and many more after that. In a career that lasted decades and led her to testify before Congress, she proved to be quick-witted, adept with disguises and unblinkingly skeptical.” – The New York Times 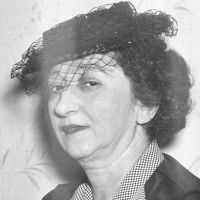