“[Porgy and Bess], which opened the season in September, was scheduled to return on Jan. 8 for seven performances, through Feb. 1. On Thursday, the Met announced it would add three more, on Feb. 4, 12 and 15. Big repertory companies, which plan their crowded schedules years in advance, rarely have the flexibility to add performances to even their most successful shows. But the Met had an unexpected hole in its schedule.” – The New York Times 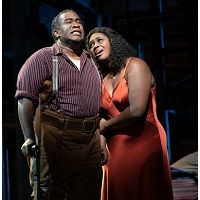