“Fontana, the first female writer on the show, … was perhaps second only to Gene Roddenberry, the series’ creator, in molding the sprawling Star Trek story-telling empire. … [She] wrote or co-wrote some of the most notable episodes of the original series, which ran from 1966 to 1969, and, with Roddenberry, co-wrote the pilot for its revival as Star Trek: The Next Generation in 1987.”. – NBC News 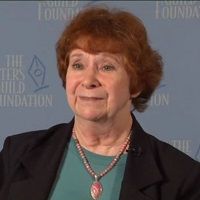