“In monumental biographies of Peter the Great (1672-1725), Catherine the Great (1729-96) and Czar Nicholas II and Czarina Alexandra, who were assassinated with their five children and others in 1918, Mr. Massie captivated audiences with detailed accounts that read to many like engrossing novels. One was even grist for Hollywood: Nicholas and Alexandra (1967) was adapted into a film of the same title in 1971.” – The New York Times 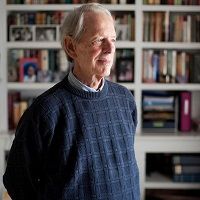