The Clint Eastwood film looks at the media circus that broke out around Jewell, a security guard who came under suspicion for orchestrating the Centennial Olympic Park bombing before being exonerated. Scruggs, an employee at the paper, broke the story that Jewell was under investigation by the FBI. The film shows Scruggs, portrayed by Olivia Wilde, sleeping with an FBI agent (Jon Hamm) to get the story. Scruggs died in 2001 at the age of 42. The paper has maintained that there is no evidence that Scruggs slept with anyone involved in the Jewell investigation. – Variety 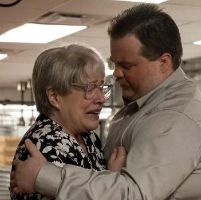