Lesbians, the producers of The L Word thought after the show ended its run in 2009, would become more omnipresent in mainstream U.S. culture. Maybe true, but no queer women’s ensemble show arose in its wake (unlike the many, many, many, many, many ensemble shows about straight folks that have been on TV in the past decade). So, what the heck, it’s back – but new, fresh, and much more in tune with what it calls “Generation Q.” – The New York Times 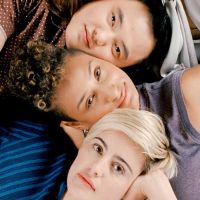