With a divisive election looming and rising rates of hate crime, the question of how best to engage with opposing views is, says David Shelley of the publishing giant Hachette, hotly debated in acquisitions meetings. “It’s important to uphold free speech, but social justice is also a big part of our mission,” he says. He is proud that Hachette publishes authors from across the political spectrum, from Labour’s Jess Phillips to the controversial rightwing commentator Rod Liddle. “But we wouldn’t want to publish any book that played a part in oppressing minorities, or went against our inclusive ethos.” – The Guardian 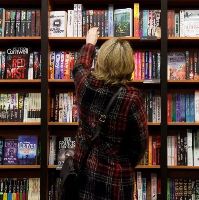